Why my heroine from “Dancing in the Sand” is a dancer 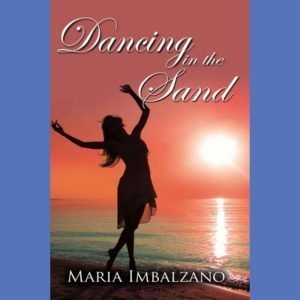 Ava Woodward is a dance major at NYU where she is one of the top performers. She is doing what I would have loved to have done, had I had the talent. So in some respects, Ava is my alter ego.

Since the age of 4, I took ballet lessons, then pointe, then modern jazz and tap. While I considered myself shy growing up, being on stage was such a thrill. The nerves went right out of you once you hit the boards because the stage lights essentially blinded you from seeing the audience.

Taking dance lessons throughout my high school years defined me as a dancer – because I certainly was not an athlete (despite trying softball and basketball). I continued taking a few dance classes in college and even while I worked in NYC as a paralegal prior to attending law school – not because I had visions of becoming a professional dancer like Ava, but because I loved it.

Ava has a passion for dance that came from her mother, who was  ballet teacher. Her mother brought Ava to the studio as a toddler while she taught classes, and Ava began her dance journey at age 5. Continually practicing and going to professional performances, Ava aimed for a career in dance, attending the best schools to help her achieve her goal.

She was a brilliant star at NYU and had plans to audition for many of the major dance companies at a showcase sponsored by the school. Of course, you will have to read the book to find out what happens. If you go to the “Books” section of this website, you can read an excerpt.