The Music That Inspired “A Song For Another Day” 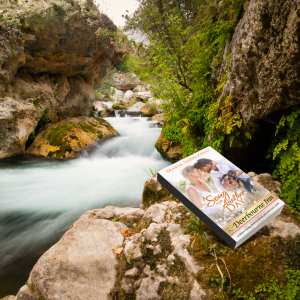 One of my favorite Old Dominion songs is “One Man Band,” written by Matt Ramsey and Brad Tursi, members of the band. If you don’t know the song, here are some of the lyrics. “Been flying solo for so long. Nobody’s singing a harmony. Up there just me and my shadow, no bass, no guitar, no tambourine. And I found you like a melody. You were singing in the same key as me. We had ‘em dancing in the streets.” The singer/songwriter has found a woman to sing with, to harmonize with, and to share the spotlight with. The song has a great melody and the words are very romantic.

This song inspired a big part of “A Song For Another Day.” The hero, Jason Simmons, is a songwriter and he is sitting in the park with his guitar trying to come up with lyrics for the music he already composed. The heroine, Gigi Jenson, is looking for him to discuss his role in mentoring some of the participants in the community revue which she is directing. She finds him, but he is distracted, lost in his creative world.

She asks to hear the song he is writing, and after some pushback, he agrees and sings what he has. She listens intently, hums along for a while, and comes up with some lyrics that work. She is also a singer, and the two of them work together for the rest of the day, playing with the lyrics and harmonies, until the song is finished.

I also relied on “One Man Band” to help me help Jason and Gigi write their song.  I used the melody from this song to come up with lyrics that would speak to them—in a sense—to tell their story.

Another song that inspired this story is “Rumor” by Lee Brice. Some of the lyrics are: “There’s a rumor going round about me and you. Stirring up out little town, the last week or two. So tell me why we even trying to deny this feeling, I feel it, don’t you feel it too? There’s a rumor going round, and round, and round, what you say we make it true?”

“A Song for Another Day” takes place in Willow Springs, Vermont, a very small town where everyone knows each other. Nothing is secret, or sacred. So when Jason and Gigi have dinner together in town after they worked on their song all day, the rumors start flying. Now, they have to decide whether to make them true.

“A Song For Another Day” is available at most ebook outlets as well as in print from amazon.