By all appearances, Nicki Reading is a star. PR director at a major music label, Nicki is sharp, successful, independent and confidently calls the shots. She dates whom she wants, when she wants, with no strings attached. But beneath that shine, loneliness flickers. Events from her past prove love leads only to pain. Commitment is not an option.

Until Dex Hanover, a classy, principled, and prosperous CPA, enters the picture. Undeterred by his unhappy childhood, he has an amazing capacity to be both caring and generous; giving his free time as a mentor for a child from the projects. Dex wears his paternal yearnings on his sleeve and he is at a point in his life where commitment is the only option.

Despite their opposing views, Nicki and Dex ignite each other. But will events from their pasts ruin their challenging relationship and prevent them from experiencing everlasting love? 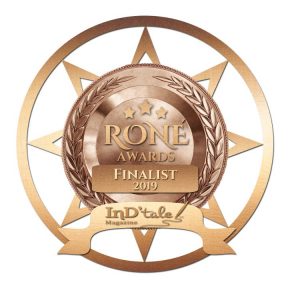 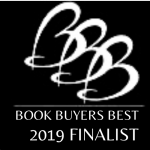 Praise for "Sworn to Forget"

A Romance or Psychological Masterpiece?

Read Sworn to Forget. Then you decide. I began reading, thinking this was going to be a chic read. It didn't take but a few pages to become wrapped in a story woven with fine threads, and twists, that captivated me to the final page when tears flowed from my eyes, tears of joy for Nicki and Dex...and for Author Maria Imbalzano. I wait with anticipation for Sworn to Remember in Sworn Sisters Series Book 2. - Esquire on Amazon

This emotional ride is more than a simple love story. The story between the women is compelling as well. Their intertwined past becomes their intertwined present. And the love story between the independent woman convinced she’ll never have a family and the man who only ever wanted one sizzles and breaks your heart. But then mends it again, when their hearts are mended by their love for each other. - Kate F. on Amazon

In this engrossing contemporary story, Nicki and Dex are obviously destined for each other, but they can’t get past their conflicting ideas of what they need. They struggle with obstacles to their love that are significant but largely self-imposed. You just want to grab them and shake some sense into them! They reminded me of Elizabeth and Darcy in Pride and Prejudice. I finished this roller coaster ride of a story in one day (which included a very late night), because it just kept me turning the pages to see what would happen next.

This book is a pleasure to read. The author writes beautifully about what she knows, drawing from her life in New York and New Jersey and her career in family law. Her descriptions of people and places are spot on. The characters are sympathetic and completely believable. The dialogue is natural and convincing. The plot is well constructed. I particularly loved how it introduces all the “sworn sisters,” Nicki’s high school girlfriends, who will star in later volumes of the series. I can’t wait for the next book!

I recommend Sworn to Forget to anyone who likes modern romantic fiction. Women with close friends will feel a special identity with Nicki and her “sisters.” - Yvonne on Amazon

I loved reading this book,it keep you on the edge of your seat wondering what could happen next! A lot of twist and turns! Loved this story! Can't wait for next book!😊 - jojo on Amazon

Great book to read! It held my interest right from the beginning to the very end. I can't wait for the next book in the series. Great job, Maria! Signed, Bev C. on Amazon

The trials and tribulations of a relationship while balancing a career, family and friends. A love story so beautiful and sensual that will keep you in a trance til the last line. Couldn't put it down and excited about book 2. - L on Amazon

Sometimes in life we make decisions that we think are the best for us and we close that chapter in our lives believing we will never have to face these issues again. They are settled. So it is with Nicki. Until she falls in love with Dex. They become the "perfect couple." Suddenly a decision made so many years ago threatens this perfect union. Sworn to Forget is a true romance novel. The book had lots of "heat" described in detail. However reading the story made me reflect on decisions I made in the past and how they affect my current life. Do not miss this book it will touch your life as well. - "Book Addict" on Amazon

Excerpt from "Sworn to Forget"

Dex sat in a lounge chair by the pool, his electronic tablet streaming the news of the day. But his attention had been hijacked.

Nicki laid her pool towel on the lounge chair across the way, then slid her filmy cover-up over her head, allowing him to feast on plenty of tanned skin and fantasies of what lay beneath her hot pink bikini. She slipped slender feet out of tiny-heeled sandals, before laying her long, sensual limbs on the recliner. Sunglasses covered her eyes, and her straight blonde hair was braided and pulled to the side, the end of which grazed one of her perfect breasts.

She dug into her bag and came out with sunscreen. He swallowed as she poured lotion into the palm of her hand, then rubbed it over her toned torso. His reflexes jumped to attention, urging him to go over and help lubricate those hard-to-reach places.

Dex should feel guilty for getting so hot and bothered over a woman he met at the bar last night. But he didn’t. Lisa was still sleeping, and when she finally did wake up, she’d go shopping or gambling. Why he agreed to come on this cruise with her was a mystery.

But then he wouldn’t have met Nicki Reading.

Bolstered with an affirmative plan instead of hiding behind his sunglasses and fantasizing, he hit the pool bar, then headed in her direction. Yes, it was before noon, but they were on vacation and it was important to hydrate.

“Where’s your keeper?” He stood over her, two glasses in hand, unable to see her beautiful blue eyes behind aviator shades.

Her beaming smile eclipsed his disappointment.

“In the casino.” She reached toward him with a long, willowy arm. “Is that for me?”

“Margarita, rocks, no salt. I hope you don’t mind a little alcohol in the morning.”

She slid her glasses on top of her head and took a sip, a dreamy look crossing her face. “Perfect. Thanks.” She looked up at him. “You’re blocking my sun. Why don’t you have a seat?”

He obliged, doing a high five in his head.

“Where’s your non-date?” Nicki pulled her shades back over her eyes. Too bad, since he couldn’t see the thought process behind the question.

“Sleeping. Or something.” He shrugged.

Now there was a loaded question. He needed clarification. “That she’s sleeping? Or about her in general?”

“The latter, of course.” Her lips twitched.

“We’re not on the same page. It wasn’t working. So we broke up—a month ago.”

She turned her head toward him, her braid inching over the swell of her breast. “Then why are you here with her?”

Good question. “We planned this trip months ago. Paid for it. So we decided to take it despite our state of affairs.”

“You’re free to meet others?”

“I don’t know if she would state it in those specific words, but sure, why not? Once we leave this ship, it’s clear to both of us we won’t be hanging out together.”

Nicki’s brow furrowed. Adorable. “Are you sure it’s clear to her?”

A ripple of uncertainty spread through him. “Why do you ask?”

“Maybe she’s hoping to win you back while you’re drinking martinis on the aft deck.”

He chuckled. “Sure. That’s why she’s here with me right now.”

Nicki studied his face and the heat of her stare unnerved him. He needed to turn this around. “What about you?”

“What about me?” Her clear annoyance told him she didn’t like the question.

Good. Keep her off balance. Two could play this game. “What’s going on with you and your bodyguard?”

A laugh escaped. He liked when she laughed. “Not much. He’s more into craps than me. I’m glad I found out before I invested too much time in the man.”