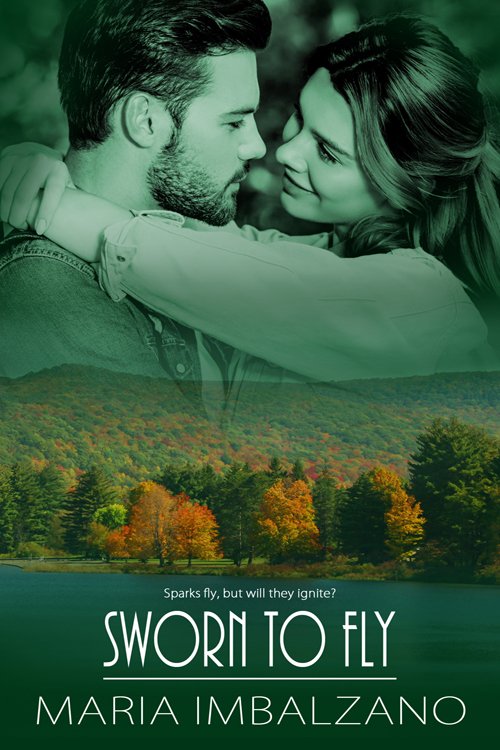 Risk-averse ER nurse, Alyssa Beckman, is about to lose her job because of yet another bad decision. In order to put her life back on track, she books a week at a rustic mountain resort to ponder her next steps and rejuvenate. But when she arrives, she learns she’s enrolled in boot camp, an adventure program far out of her comfort zone.

While there, she meets Gabriel Sutton, a world-traveling high fashion photographer who is in danger of losing his clients as well as his status if he doesn’t start following the rules. While hiking, kayak racing, and participating in team challenges, sparks fly between Alyssa and Gabe as they encourage each other to take different life paths. But will those paths lead them farther apart or bring them closer together? 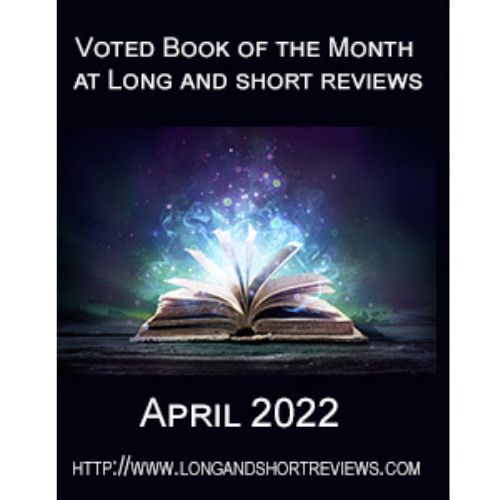 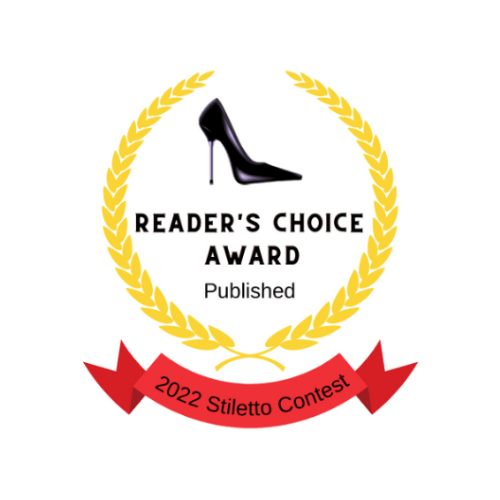 Praise for "Sworn to Remember"

The second book in this series tugs at every heart string. The women of this series support each other through rough and real life issues. The romance gets a little steamy, but mostly you feel achy for these two to make it. You'll end up rooting for Sam to recover from her ex's betrayal and for Michael to finally find the love he has wanted. Can be read on its own not part of the series. - Kate F. on Amazon

Samantha Winslow felt she had the perfect life. She couldn't ask for more. She did everything her family could dream she would do and more. Then every thing started to disappear and a new reality set in, Samantha's reality.
Michael McCain is a very laid back attorney who works hard and plays even harder. He loves his time away from New York and now at Crescent Beach. He couldn't ask for more, until his past meets his present.
Samantha has dealt with so much frustration once getting the news from her husband that life is about to change and fast. With his move and career change she is forced to come to terms with some new choices and some out of her hands.
I won't spoil the surprise of what the biggest changes are. What you want to know is whether this book is a good read. It is and more. The plot, characters, & setting, are so compatible thst you will want to read this from beginning to end in one sitting if you like a good contemporary romance novel. I gave this 5 stars as the author did a brilliant job! Please keep writing and shedding your light of positivity! I am giving an honest review in exchange for the ARC I received of this novel! - Trully on Amazon

I love the beach, the waves, the smell of the salt in the air, and the chance to play volleyball on the sand. Unfortunately, I can't make it down the shore as often as I wish, so the next best thing is to read a good story that takes place at the shore. That's why I so enjoyed Sworn to Remember.
The Jersey shore is the refuge for Samantha Winslowe, the heroine in this intriguing story, when her husband leaves her and what she considers a happy marriage. Devastated, she takes a leave of absence from her hectic job as a lawyer in New York City for the summer, needing time to understand and accept her new life situation.
I loved reading about Samantha's attempts to come to grips with her husband's betrayal. Because this story is part of the Sworn Sisters Series, Samantha's college girlfriends come to visit to provide emotional support. Samantha also meets a handsome lawyer in town--Michael--who turns out to be a someone she knew from high school and who quickly wins her heart.
Ms. Imbalzano does a great job of creating an amazing cast of characters who come together over the summer to help Samantha through her trauma, but who also play a key role in another story that begins to unfold that make this novel more than just your typical good summer read.
I highly recommend Sworn to Remember to any reader who is looking for an intriguing story to read at the beach or when you are stuck at home, which you were at the beach! - Kate L. on Amazon

It was my preconceived notion that this would be a “beach read”, so I waited until I was at the beach to begin reading Sworn to Remember. Incorrect!! It is a beautiful story full of romance, conflicts and friendships and the end of each chapter begs to begin the next. So, I started on the beach, picked up on the porch and read in bed until all hours of the night.
This book is part of a series but can stand on its own. The ‘Sworn Sisters’ who we met in the first book are all here to support Samantha whose marriage has fallen apart. I like the character development of Sam. She starts out feeling sorry for her divorce clients thinking her own marriage was so perfect. While she is on the fast track to becoming a partner at her firm, she believes her husband is happy and so supportive of her career until he shocks her with his real feelings and leaves her. Sam retreats to the beach for the summer and calls in her girlfriends for comfort and support. Friends since high school, the ‘sworn sisters’ remain close notwithstanding the different life path each has taken over the past fifteen years. Sam runs into an old high school crush in Crescent Beach who she tries to avoid but the attraction is too hot and its mutual. Secrets of the past are revealed that actually prove to be life saving in a surprise side story to Sam’s summer of finding herself.
I absolutely enjoyed this book. It is well written and more than a romance novel. I feel like these women are my friends and look forward to Ms. Imbalzano’s next book. - ds on Amazon

After an incredible start to the series, the second book “Sworn to Remember” matches the bar set by “Sworn to Forget”. Sam is a very relatable character, trying to start over after her marriage falls apart. I found myself laughing out loud during the scenes where she experiences a few unfortunate events because of how relatable her reactions were depicted. When Sam meets her love interest, I fell in love with him as well. Ms. Imbalzano writes characters that I felt like I knew personally, and I think many women would find a little piece of Sam inside of them. I give this book 5 stars, more if I could. A great summer beach read. I can’t wait to read the next book in the series to find out how the other friends lives are shaping up. A true story of friendships that stand the test of time, but of course with a little romance that keeps the reader hooked from page 1 to the last. - Alex on Amazon

I loved Sam's story. She was put in a difficult position between a regretful but cheating husband and a man who seemed afraid to commit. In telling the story, the author beautifully incorporated themes of love, loss, and (of course) friendship! The closeness of Sam's friends (the Sworn sisters) is my favorite part of the book! Highly recommend. - Leanne on Amazon

Excerpt from "Sworn to Fly"

He drew his kayak onto the shore and dug his Nikon out of its waterproof sack. Before heading into the woods, he pulled out a pamphlet on native trees and studied it for a few minutes. A splash hijacked his attention, and he turned. Alyssa struggled with some reeds a few yards from the shore before her paddle slipped from her hands and into the water. She leaned over to get it, and it teased her, moving slightly beyond her reach. He couldn’t help but chuckle. She tried once more, and her kayak listed, so she leaned toward the other side—uh-oh, too far. As if in fast forward, the kayak rolled, callously dumping her in the muck of the lake’s weedy sludge.

A scream escaped as she pushed herself upright in the shallow water, mud and debris covering her hair and face. She swiped at the offending muck, attempting to dash it away from her eyes. Laughter bubbled in his chest.

As she tried to stand, her feet must have gotten sucked into the mud, and she panicked, slapping her arms against the water in a crazy freestyle swim stroke.

Heaving a sigh and an eye roll, Gabe sprinted into the water. “You’re okay. Calm down. Stop fighting.” He clamped his hands around her forearms and pulled her up into a standing position before sliding behind her, snaking his arm around her bare midriff and pulling her farther up out of the trap that had bound her feet.
His hands splayed across her toned stomach, smooth as silk and a little slippery from that sunscreen he’d watched her apply over an hour ago. At the time, his fingers had twitched as he’d momentarily thought of offering some help.

Breathing in quick gulps, she squirmed against him, causing a riot within.
“Are there snakes in this water?” She kicked as he unceremoniously carried her from the lake and deposited her onto solid ground.

“Probably.” Slithery creatures didn’t bother him, especially a slithery sexy woman.
Alyssa shivered before shrieking. “My backpack!” It was floating near the overturned kayak.

She glared at him. “Provisions.”

“What kind of provisions? It feels like you have a ton of rocks in here.”
He tossed it on the ground next to her, and she unzipped the pack as if needing to check its contents for water damage.

She pulled out her “provisions” one by one, taking inventory. “Band-Aids, antiseptic cream, bug spray, scissors, sterile wipes.”

Her brow unfurrowed as she methodically placed each item on the grass.
“Aspirin, aloe, ice packs, superglue.”

“Superglue?” He looked down at her, confusion taking up residence. “What do you need that for?” Without waiting for an answer, he stooped and gathered the items on the ground and tossed them back in their sack. His uncharacteristic irritation was an obvious attempt, at least to him, to bury his physical attraction to her. “You don’t need any of this. Are you a hypochondriac?”

She closed her agape mouth. “I am not a hypochondriac. I’m a nurse, and that was very rude. I had all of these items in here in an organized fashion. Have you no manners? I carefully packed that bag so I’d be prepared for any problem. Thankfully I had it with me when Missy fell yesterday.”

He exhaled, conflicting emotions running amok. “I’m sorry.” He avoided her flashing eyes and sexy curves while searching for appropriate words to make him less of an ass but still provide distance between them. “Eric had a first aid kit. All the guides do. You don’t need to carry an extra fifteen pounds around. Maybe your kayak wouldn’t have flipped if you didn’t have that unbalancing the boat.”

He dared a glance to see if his lukewarm apology worked, but she was busy rearranging her provisions, ignoring him.
He couldn’t help himself. “Did you bring a dose of antibiotics to ward off the parasites invading your nose and mouth when you fell into the sludge?”

Her eyes widened. “No. Do you think I need it?”

A laugh escaped. “I was kidding.”