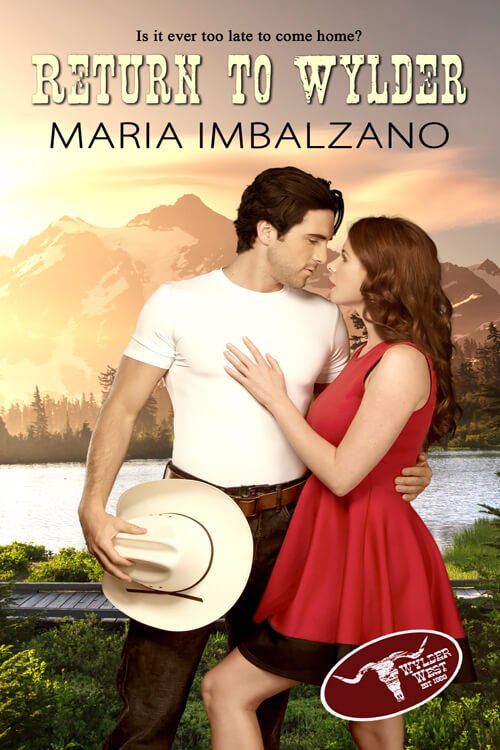 The untimely death of EJ Hampton’s father kills her dream of practicing law with him in her hometown of Wylder. Heartbroken, she now has two weeks to organize the practice for sale. When she meets her father’s millionaire client Dylan Addison, he is demanding and entitled—yet his charisma captivates her.

Dylan is under pressure to renovate the Wylder Hotel before his father pulls the plug on his project. He needs EJ’s expertise, but she is bent on returning to her life in San Francisco despite the fireworks between them.

EJ walks a tightrope trying to balance Dylan’s needs against her own, but doing so is far more complicated when emotions get in the way.

Excerpt from "Return to Wylder"

My tone wasn’t exactly cordial, but it was the best I could do under the circumstances. “As I said yesterday, I’ll call you if I have any questions. But thank you for stopping by in case I needed anything.”

I shouldn’t really be angry with him. He was a typical prosperous business client who required my services and wanted everything done last week. My frustration came from the pressure he was putting on me along with the backlog of work that had piled up in the two short months since my father died. Fourteen days off to deal with it all was like getting twenty minutes to research an issue for the debate team competition. Insufficient, risky, and courting disaster. Adding to it all my mother’s precarious position with regard to finances and a municipal official who held a grudge, I was close to the edge of the cliff.

He studied my face, perhaps searching for some clue as to what I was really thinking, but I hid my exasperation beneath a passive expression.

“Okay, then. Let me know when you hear.”

“Of course.” I watched him as he strode down the hallway, all long, lean male brimming with the self-assuredness that came from being the heir apparent to a multi-million-dollar redevelopment company. One who could have been on a catwalk in Paris or New York modeling those dark jeans and black pullover that fit him to perfection. An unexpected sigh escaped.

I’d better get my gaze off Mr. Addison’s butt and put it on his unsigned contracts.