GOOD NEWS WHILE WAITING FOR NEWS 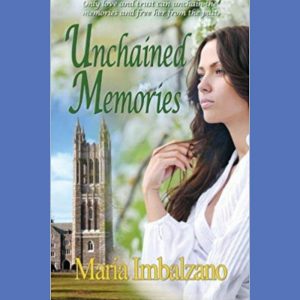 The new year has brought me back to writing, which always makes me happy. I participated in New Jersey Romance Writer’s 30K challenge during the month of February. Never guessing that I could possibly write 30,000 words in my latest manuscript in 28 days, I took the challenge and learned that if I woke up at 6am, I could write 500 words before getting ready for work. Since the goal was to write 1100 words a day, I was almost halfway there by 7:15 am.  A good thing to know for future writing. Since I am such a plotter, I had plotted my new manuscript, tentatively titled “Nicki’s Story” during a week’s vacation in January.  Armed with my blueprint, it was easy to keep those words flowing and the plot moving. I am now halfway done (at a much slower pace) at the end of March.

The good news I received toward the end of March, was that “Unchained Memories” has finaled in the New England Chapter of RWA’s Reader’s Choice Contest for Best First Book.  I am honored, grateful, and dancing with joy that my book is receiving awards. I had also won Wisconsin’s RWA Write Touch Reader’s Award and finaled in the New Jersey Romance Writers Golden Leaf Contest.

The “waiting for news” has to do with my manuscript “Dancing in the Sand.” It has been with my editor at The Wild Rose Press and I have been waiting on pins and needles for the last two weeks, hoping to hear good news.  I just looked at my emails today (Sunday) at one o’clock, and there was an email from my editor saying “Guess What?” written at 5:30 am.  Now my heart is racing and I respond. “What?”  I have been checking my emails every 5 minutes for a response. Her latest is “Want a Contract?”

I believe this can now move to the category of good news. 🙂

1 thought on “GOOD NEWS WHILE WAITING FOR NEWS”